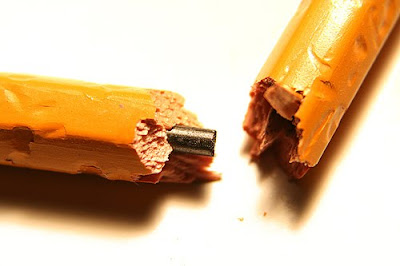 So we're over two weeks into 2010... How are you doing on your resolutions? Most of the people who have resolved to get in shape at my gym either have already given up or are going at a time other than my usual time. I hope they haven't given up, but I do like to find a parking spot and available equipment.

Anyway, I prefer the term goals to resolutions. Resolutions are usually heard in the form of "I'm going to lose weight this year" or "I'm going to get in shape this year." Too vague. A goal, in my mind, is more specific and has a definite time-table. For instance, one of my goals is to read at least 120 poems in 2010. Why? I'm quite poetry-ignorant and want to understand how poems work, both for enjoyment and my own writing. (Although I don't plan on writing any poetry, I think reading it can greatly enhance your fiction writing.) So my goal is to read at least 10 poems a month. That's not that many, but it's probably nine more than I typically read a month. And by read, I don't mean zip through; rather absorb, dwell on, chew, digest.

Next, to get at least one short story published in 2010. In the last three or four years, I've had one story published (all in small magazines or on websites most people have never heard of) with the exception of 2009 in which I published nothing. Mostly because I wrote nothing, certainly nothing of consequence, other than revising a YA novel, which is still sitting on my hard drive. It's not a lofty goal, but I need to spend a minimum of 10 hours a week writing from January to April (this is over and above the novel revision, which I plan to have ready to submit by July). Again, that's not much. It's certainly not enough, but I should have more time on my hands in April.

And finally (although this is not my final goal, not by a long shot), to read (or listen to) Roberto Bolano's massive 2666, not only because it's been on my shelf for over a year, but also because it represents all of the other books that have been sitting on my shelf for well over a year. (It was also given to me by a co-worker and one day she's going to ask me how I liked it!) My goal is to have it read by the end of February.

Tell me about your goals. Or resolutions. Or dreams.
Posted by Andy Wolverton at 6:52 AM

For poetry, I can't recommend Billy Collins' work highly enough, or the Poetry 180 anthology online at the Library of Congress site.

I went through the same sort of thing with my own goals/resolutions for this year. I have no specific output goals, just goals for time.

Good luck. Oh, and I missed the first week or so of January at my gym because of work stuff and when I went back I noticed absolutely no change from before the New Year.

tetsh -- not right as in being tetsh in the head. (grin)

John, oddly enough, I picked up a copy of Poetry 180 at the local used bookstore last week. Maybe in the back of my mind, I remembered you talking about it in one of your posts and made a sub/unconscious connection. Very much looking forward to it!