(The Invisible Man is part of the Universal Classic Monsters: The Essential Collection
Blu-ray set, which I am slowly working through.) 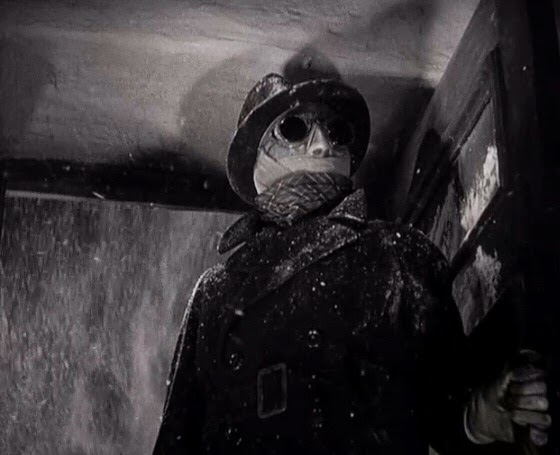 I first saw James Whale’s The Invisible Man on the late show when I was in college and - like most college students - thought I knew everything. I remember thinking that the film was uneven, slow, and not very exciting, at least compared to other classic horror films like Frankenstein and The Wolf Man. Now, watching it again after 30 years, I understand why I didn’t like it then: The Invisible Man is enormously disturbing.

Claude Rains (all wrapped up, naturally, in gauze and bandages) plays Dr. Jack Griffin, a scientist who has discovered the secret of invisibility, mainly through the use of monocane, a drug that also causes Griffin to become unstable in his thinking and cruel in his actions. Like many mad scientists in the movies, Griffin believes his power gives him the right and means to rule the world.

Such movie villains are usually laughable and rarely do much serious harm, but Griffin kills people. Lots of them, many of them on-screen. Griffin even promises to kill one of the main characters, a threat we see all the time in movies, but rarely carried out. When Griffin makes good on his promise, it’s a chilling scene. 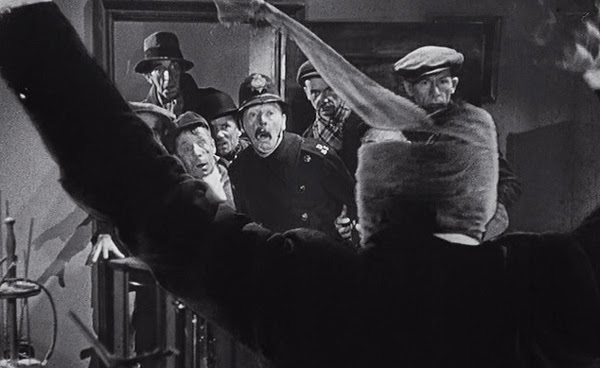 I also remember thinking the film contained too much obvious comic relief. When Griffin checks in to a village inn - all bundled up with his head covered in bandages - the locals get a little too inquisitive, causing Griffin to engage in some invisible hijinks. Clearly these antics are meant to show off the film’s special effects, but we also see that many of these characters aren’t too bright, especially the innkeeper, played by Una O’Connor. (We can almost sympathize with Griffin’s desire to be rid of them.) Give credit to John P. Fulton, John J. Mescall and Frank D. Williams for what were at the time, groundbreaking special effects. You can’t really fault them for wanting to indulge themselves.

The Invisible Man is ultimately more terror than horror. Although the characters realize that Griffin certainly isn’t omnipresent, they never really know where he might be at any time. He could be anywhere, sitting right next to you, ready to strangle you with hands you’d never see. The unpredictability of the menace is both suspenseful and disturbing. The idea that death could strike at any moment is one no one enjoys, especially in the times we live in now. Combine the aspect of terror with the fact that Griffin operates on his own rules, answering to no one, and you’ve got a disturbing film that unfortunately resonates all too well in 2014. Or maybe Whale just meant it all as dark comedy. Either way, The Invisible Man is still worth a look and deserves a place in this collection. 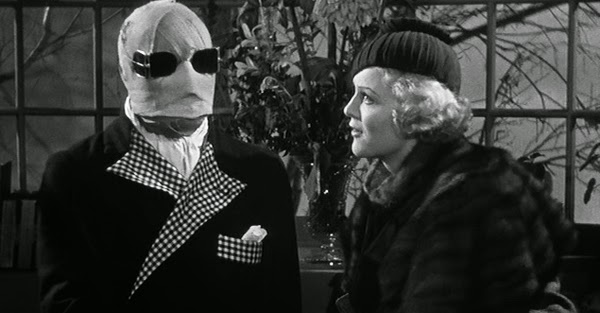 (The Invisible Man also includes a performance by Gloria Stewart, who was 23 when this film was made, and 87 when she appeared in James Cameron’s Titanic.)

Extras on the disc include a Rudy Behlmer commentary (which I did not sample), “Now You See Him: The Invisible Man Revealed,” a interesting but not very inspired 35-minute look at The Invisible Man and its sequels, a four-minute series of production photographs, a trailer gallery of The Invisible Man Returns and Invisible Agent, and an 8-minute short called “100 Years of Universal: Unforgettable Characters,” trumpeting Universal’s horror and non-horror characters.