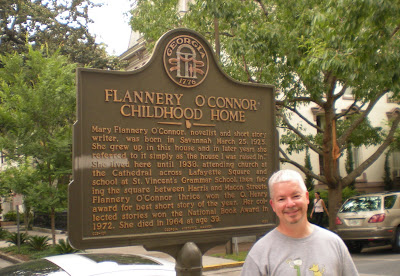 I'm still riding high from my visit to Flannery O'Connor's childhood home in Savannah. I wish we had been allowed to photograph the entire house, room by room, but we were only allowed to photograph what I suppose you would call the "parlor" or front room, and that picture turned out far too dark to be of much use. 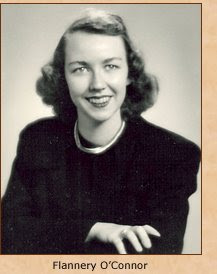 This picture was not on display, or if it was, I didn't see it. I am including it anyway. 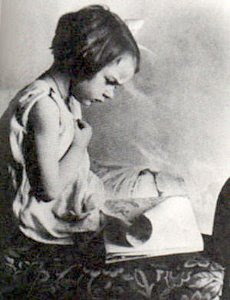 This one (or a reproduction of it) was on display in Mary Flannery's (as the tour guide called her) bedroom. Boy, she really does look intense, doesn't she? Several of her childhood books were displayed in glass cases. One (whose title I forget) was open to the title page, upon which a young Mary Flannery had written in a large, cursive hand, "Not a very good book." 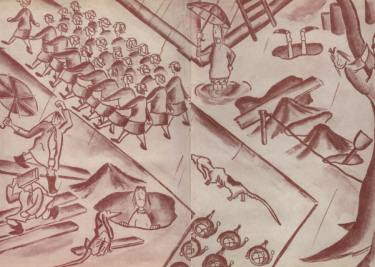 Before visiting Savannah, I had no idea O'Connor was a visual artist. She attended Georgia State College for Women and was the art editor of the college yearbook, The Spectrum, from which the above work was taken. Our guide showed us the 1944-1945 yearbook featuring her work on the end pages. Apparently O'Connor submitted several cartoons to The New Yorker, only to be rejected.

O'Connor Fever continues. I think I'm going to have to break down and buy the new biography soon.
Posted by Andy Wolverton at 6:08 PM

Thank you, Bill! A wonderful experience I hope to repeat soon!