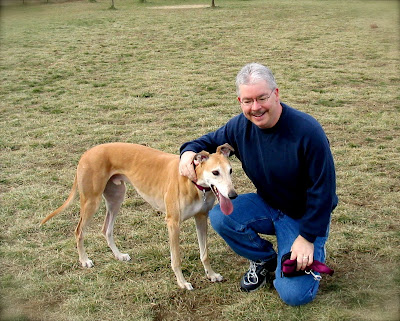 Our best friend Bullet left us today. Cindy and I were with him right up to the end as our vet eased his pain and suffering quietly, peacefully and with dignity. He was eleven. We had had him for nearly seven years. 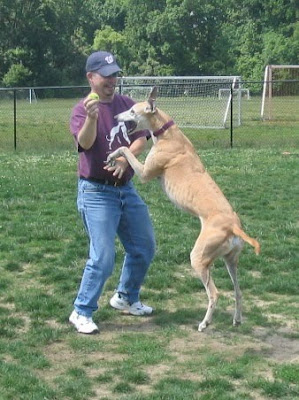 Cindy and I attended a Greyhound Meet & Greet at a local PetSmart in 2001 and fell in love with the breed. I found Bullet through Greyhound Pets of America, an organization that brings former racers from the track when they're no longer deemed "fast enough." Bullet started his racing career in The Woodlands, Kansas (for three races) before settling in Melbourne Beach, Florida where he raced from November 2001 till March 2002. (He won two of those races.)

I don't want to dwell on Bullet too much for now, but do want to celebrate the time we had with him and the great joy he gave us. We miss him. Sleep well, Mr. B. 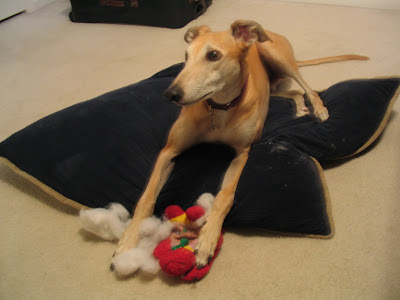 Posted by Andy Wolverton at 6:32 PM

Bullet looks like he was pretty happy with his second life. You guys did good by Bullet.