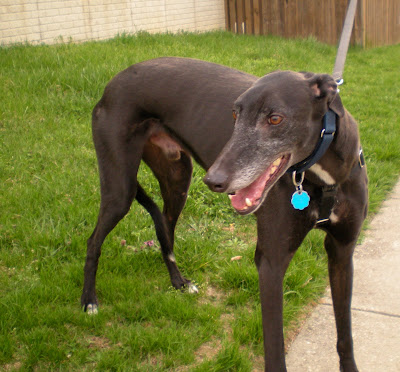 Today Cindy and I adopted another retired racing Greyhound, Broadway. We've been planning on adopting another hound since our first, Bullet, passed away in October 2009. Broadway will turn five in June. 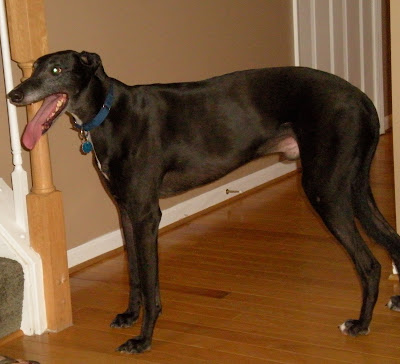 We looked up his racing record, which was not exactly long (four months) or stellar (17 races, 0 wins), but who cares, other than the people who lost money on him at the track in Palm Beach, Florida. 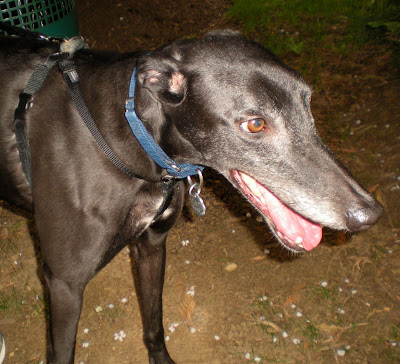 But he's ours now and we're delighted to have him!
Posted by Andy Wolverton at 6:41 PM

A good show all the way around!

He's Beautiful!!! Our Doggy is our child. Love of our lives. Makes me so happy. Congrats!