I am moving Arts of Darkness over to a new location, Journeys in Darkness and Light: Exploration in Film and Comics. Hope to see you there!
Posted by Andy Wolverton at 4:19 PM No comments:

In 2014 I really only tackled two film projects: the entire Up documentaries (1964-2012, ongoing) directed by Paul Almond (1964) and Michael Apted (1971-present), and the Universal Monsters collection. For 2015, I'm considering one or more of the following projects:
Read more »
Posted by Andy Wolverton at 10:07 AM No comments: 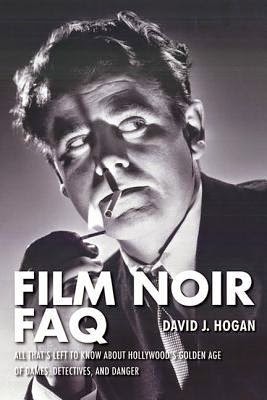 We close Noirvember, not with a film noir, but rather a book about them: Film Noir FAQ.
Read more »
Posted by Andy Wolverton at 9:57 PM 2 comments: 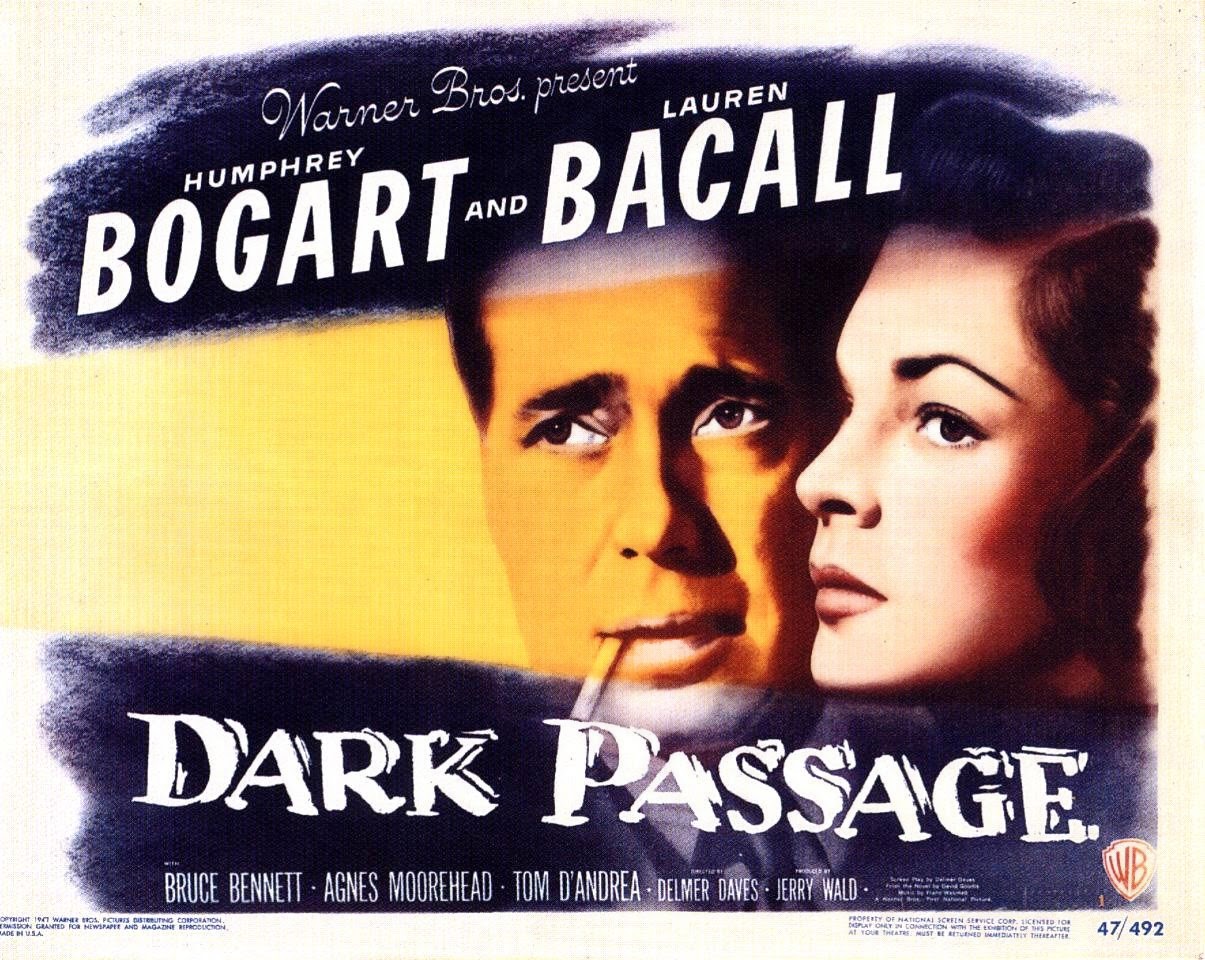 Read more »
Posted by Andy Wolverton at 10:30 AM No comments:

I always look forward to the middle of each month when Criterion announces it’s upcoming titles. In February 2015, I see at least two must-own titles, Nicholas Roeg’s Don’t Look Now (1973) and Martin Rosen’s Watership Down (1978). 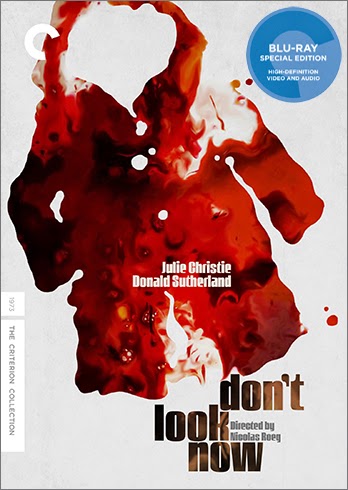 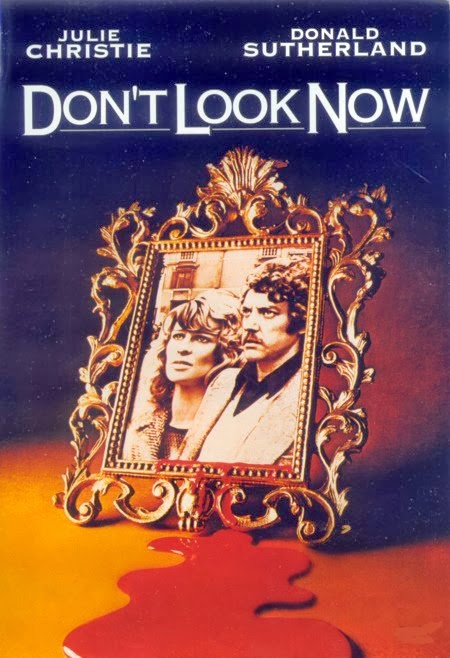 I saw Don’t Look Now in college and at least once since then, yet it still creeps me out in a major way. I really like the cover art for this new edition, but I confess to a fondness for the old cover with the ornately framed photo and the stream of blood that resembles a piece of a jigsaw puzzle. (I also secretly wonder if my red raincoat with a hood freaks people out...) 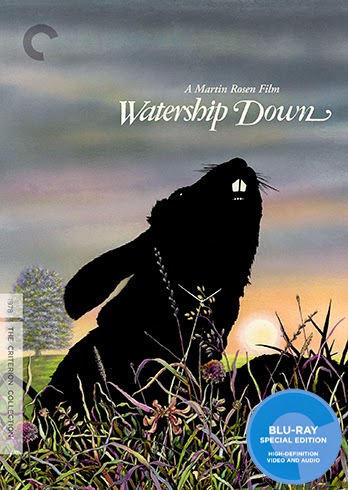 I only saw Watership Down once when I was in high school. We’d just gotten cable and it seemed like the film came to HBO almost immediately after its theatrical run. I remember a grim, violent, yet beautiful animated film featuring the voice of John Hurt, whom I thought at the time was the greatest thing ever. (Maybe he was...) I was captivated then and look forward to seeing it again.

So what are you looking forward to in February?
Posted by Andy Wolverton at 9:07 AM No comments: 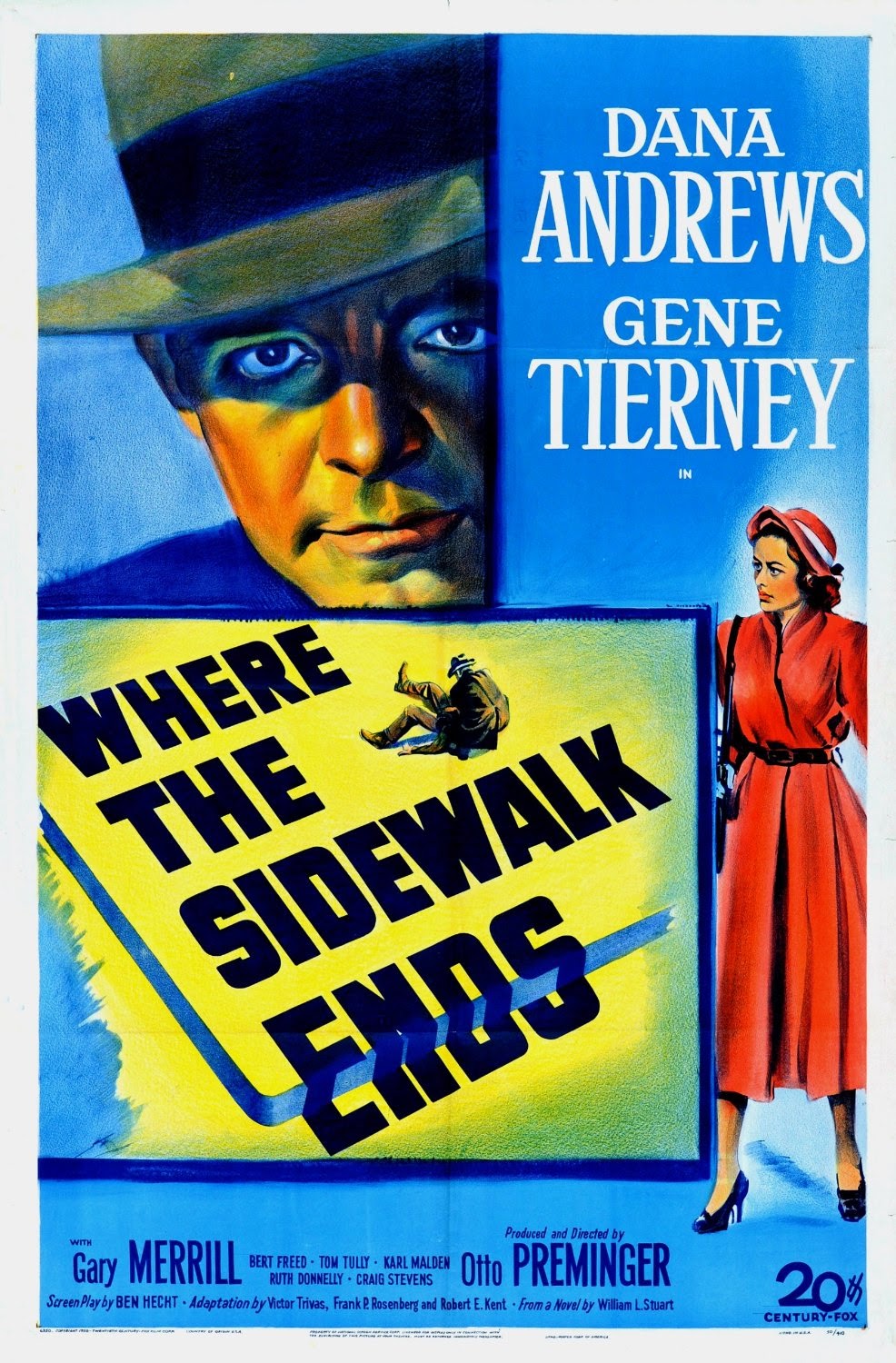 While New York City’s 16th Precinct welcomes new commander Detective Lieutenant Thomas (Karl Malden), Detective Mark Dixon (Dana Andrews) isn’t exactly in a celebratory mood. Dixon’s superior, Inspector Foley (Robert Simon), reminds Dixon that he and Thomas started at the same time, but Dixon’s career has been riddled with complaints of police brutality. “Your job is to detect criminals,” Foley tells him, “not to punish them.”
Read more »
Posted by Andy Wolverton at 9:02 AM No comments: 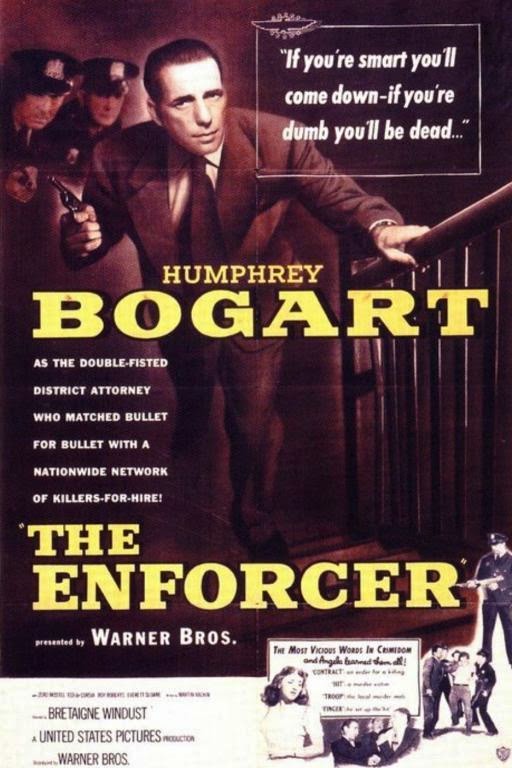 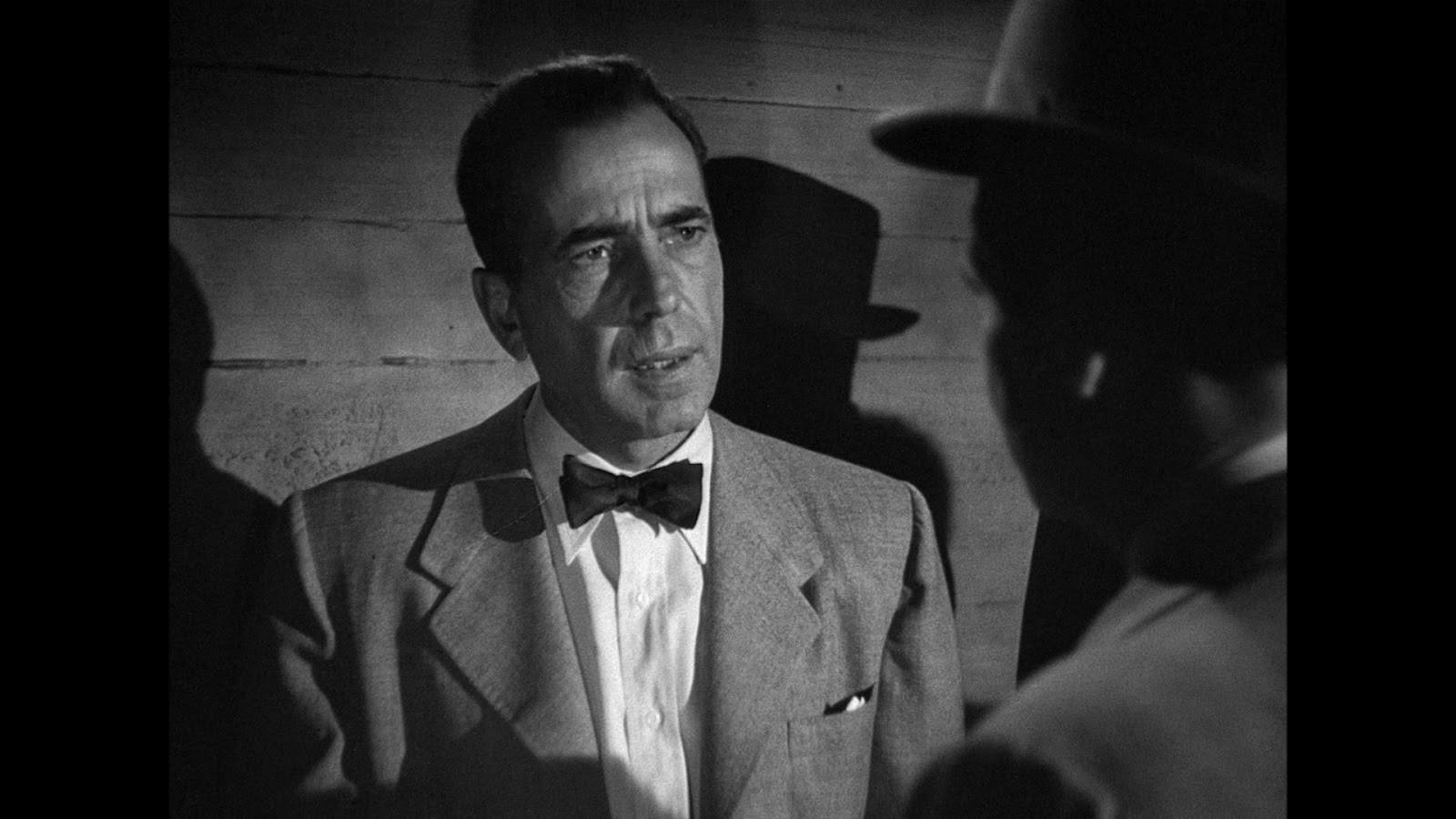 Assistant District Attorney Martin Ferguson (Humphrey Bogart) loses a man who has agreed to testify against crime lord Albert Mendoza (Everett Sloane). Mendoza leads a group of killers-for-hire and their hard-to-trace methods leave Ferguson baffled. As odd as it seems to us today, terms like “hit” and “contract” were somewhat new in 1951, and Ferguson and his men spend significant time trying to define them. Even once they do, Ferguson realizes that getting to Mendoza won’t be easy. 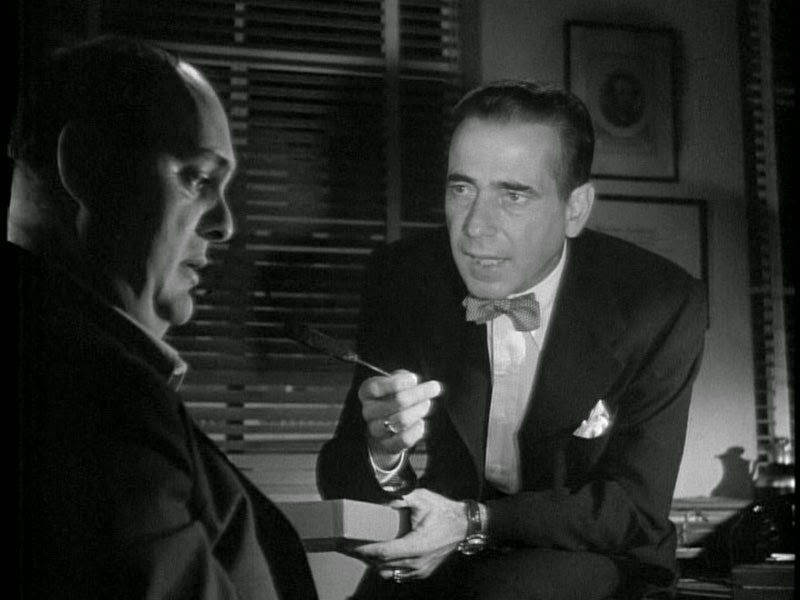 The Enforcer is a good, solid film noir that isn’t great, but is pretty darn good, thanks mostly to the cast. Bogart seems just a bit pedestrian as the DA, far from the wise-cracking detective he played in many of his other noir pictures, yet believability eventually gains a foothold. More impressive is the supporting cast, including wonderful performances by Zero Mostel as “Big Babe” Lazick, one of the contract killers, Ted de Corsia as the informant, and Everett Sloane, who’s always excellent.

A plethora of flashbacks make things a little murky, but this is noir, right? Flashbacks are practically obligatory. Although Bretaigne Windust is credited with directing the film, many of the movie’s action scenes (as well as the ending) were directed by Raoul Walsh (uncredited).