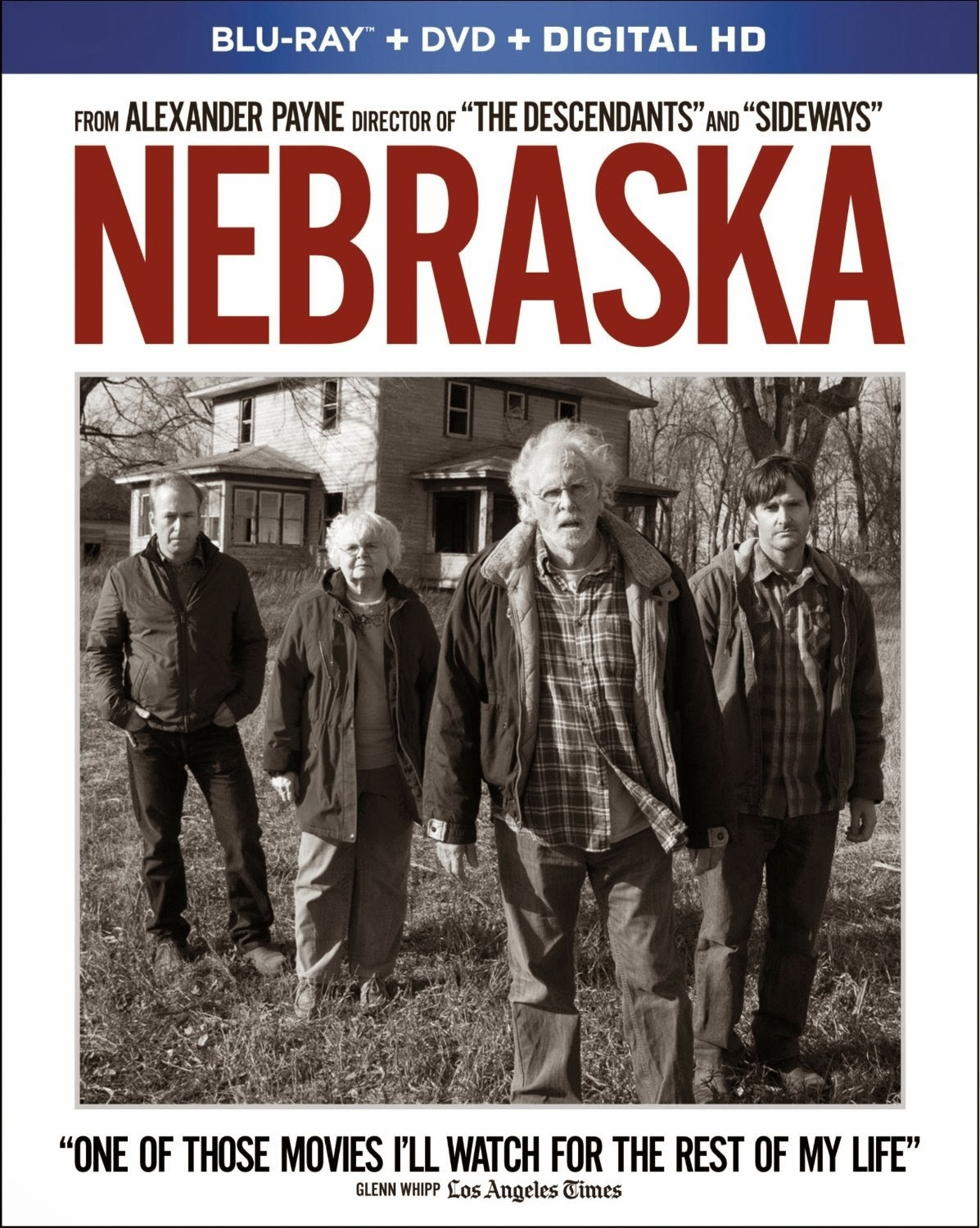 Alexander Payne's Nebraska won't appeal to everyone, but so far it's the most beautiful film I've seen this year. Maybe "beautiful" isn't quite the right word, but then again, maybe it is. I'll let you decide after you've seen it.

Bruce Dern plays Woody Grant, an elderly resident of Billings, Montana. When we first see Woody, he's walking (lumbering might be a more accurate verb) down the street on his way to Lincoln, Nebraska to collect a million dollars. Woody doesn't realize that the letter he received claiming he's just won a million is a scam to get him to purchase magazine subscriptions. But he's determined to get there.

What happens after these initial opening shots is a slow burn, but a fascinating one. Payne very quietly reflects (with beautiful black-and-white photography) on hopes and dreams, growing old with (and sometimes without) dignity, family, friends, the things that drive us and the moments from our pasts that refuse to let us go. All of this accumulates in a way that is neither pedantic nor heavy-handed, thanks to an excellent script and a wonderful cast, featuring an Oscar-nominated performance by Dern.

I won't tell you any more about the plot, other than it's marvelous. Again, you might feel differently about the film. Maybe the reason it works for me is that it resonates and hits so close to home: I know what it's like taking care of a parent living with difficult/challenging circumstances. I also am just beginning to see and feel the accumulation of years on my own mind and body. It can be scary. Even when you have a strong faith, you start to realize things are changing and there's not much you can do about it. You also start to think about unrealized dreams and wonder why you haven't done anything about them. And sometimes you just have to laugh at the way things have turned out.

There are plenty of times when you're watching a movie and can see how it's going to end. Fewer are the times when it works. Fewer still the times when it's perfect. Nebraska reaches a point at the end that's so perfect, that was so joyful and beautiful that I literally said to the screen, "That's it, end it right there." And Payne did just that.

Several weeks ago Bruce Dern won the Best Actor award at the 2013 Cannes Film Festival. He's nominated for an Oscar for Best Actor, but he won't win. Nebraska probably won't win any of the other five Oscars it's nominated for (Best Picture, Best Director, Best Supporting Actress for June Squibb, screenplay, and cinematography). Says Payne in an interview by Bob Fischbach, "There are a lot of titans of film out there this year. 'Gravity' is a miracle, and 'American Hustle' and 'Wolf of Wall Street' are these grand, complex, intricate films. 'Nebraska' is a bit more modest in scale. But it keeps being included in the conversation, and that's very nice."

Nebraska may not win the million-dollar sweepstakes, but it's definitely a treasure worth seeing.

Posted by Andy Wolverton at 10:28 AM No comments: While I’m eagerly awaiting the price to go down for Sherlock: Season Three, I noticed some other good stuff coming to Blu-ray, some of them for the first time. 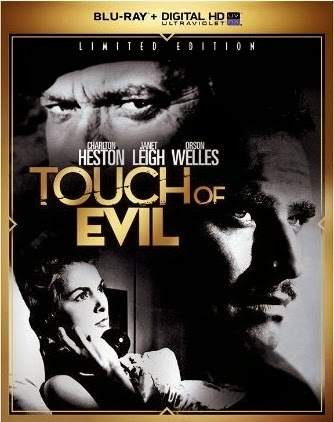 I’m certainly excited to see both Double Indemnity and Touch of Evil, two noir classics coming to Blu-ray (both on April 15). I’d love to see more noir films get the Blu-ray treatment, including Out of the Past, The Asphalt Jungle, Gun Crazy, They Live by Night and many more. 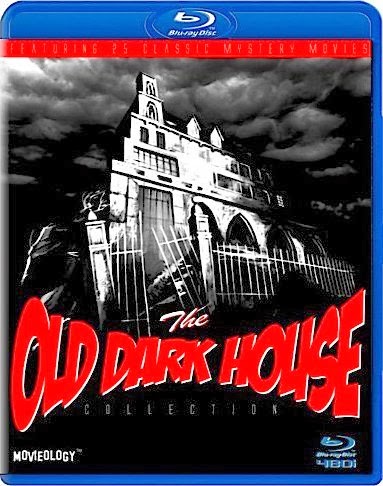 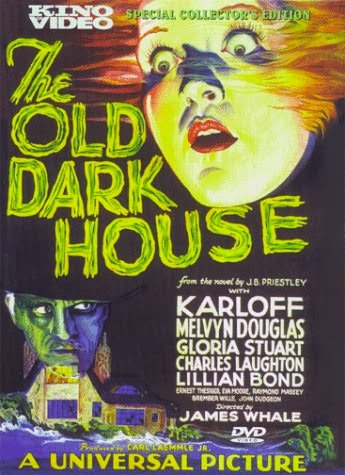 In the “What’s Wrong With This Picture?” department, we have The Old Dark House Mystery Collection, which includes 24 films, none of which is a film called The Old Dark House (a film I’ve been waiting for years to come to Blu-ray). Go figure. But horror fans be warned: these are all public domain films (which is why the aforementioned The Old Dark House is not included), all presented in 480p. The only reason to get this in Blu-ray is for purposes of storage: one Blu-ray disc compared to 6 DVDs. I’d probably pick it up at a 50% off sale, but not otherwise. 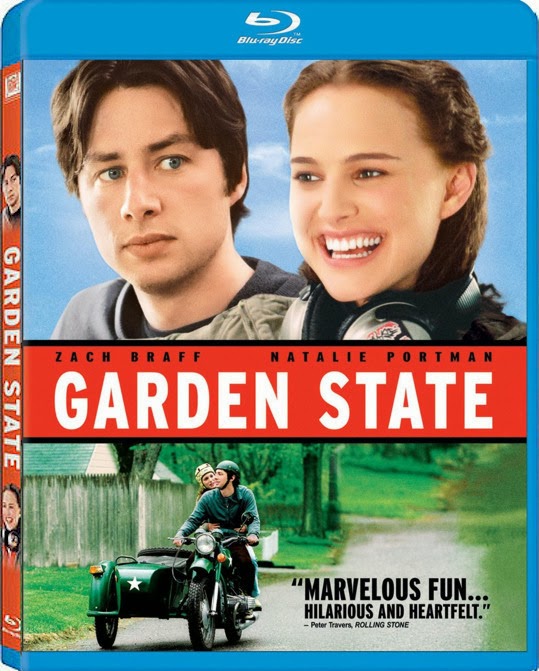 And while I really enjoyed Garden State (for one scene in particular), I doubt I’ll buy it when it comes out on March 4. 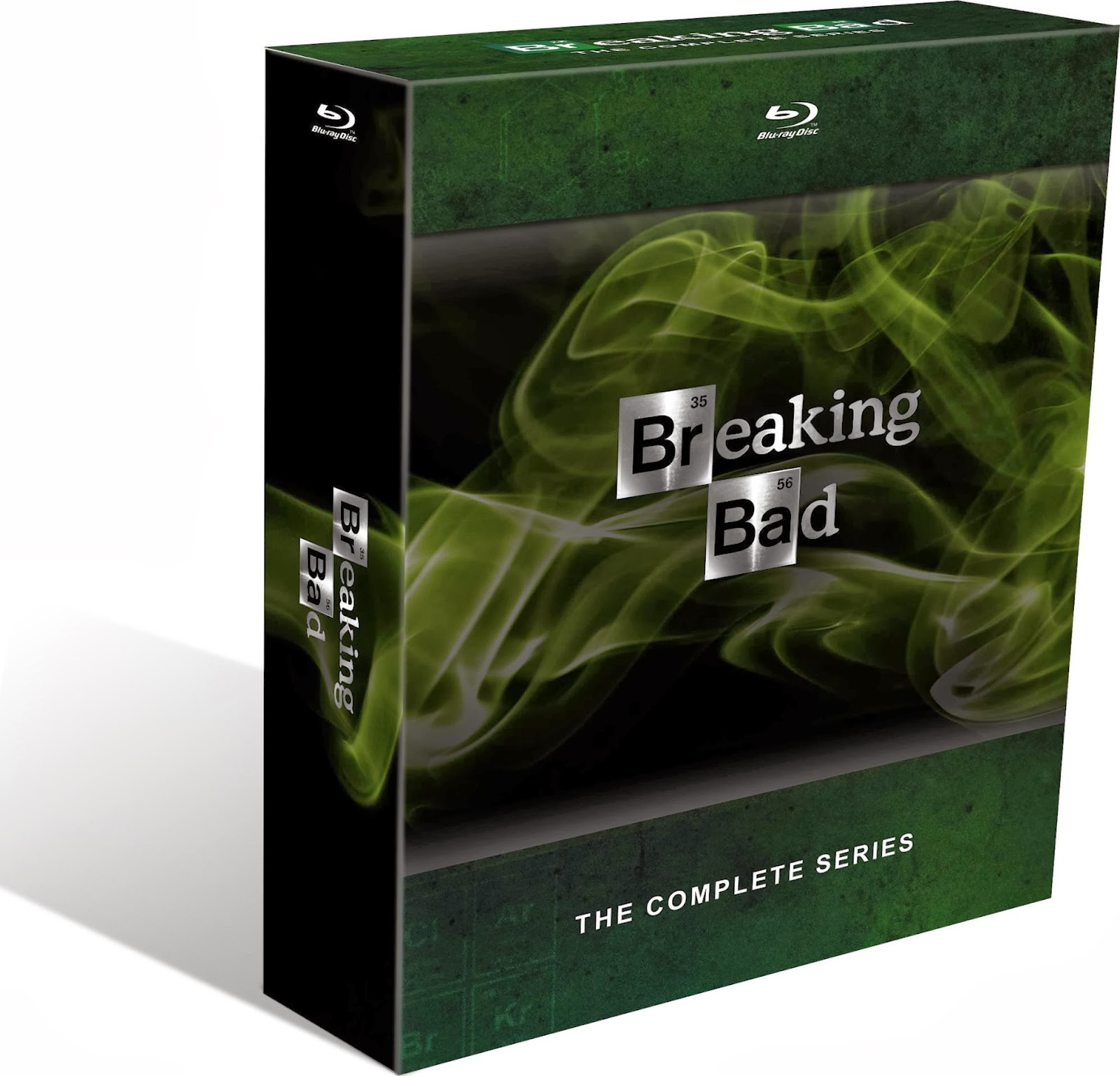 What we don’t know is when a slimmer, non-barrel, non-apron edition of Breaking Bad: The Complete Series will arrive on Blu-ray. There’s a region-free version being sold now on Amazon, but it looks like there are some shenanigans connected with it. So I’ll just wait, thank you. 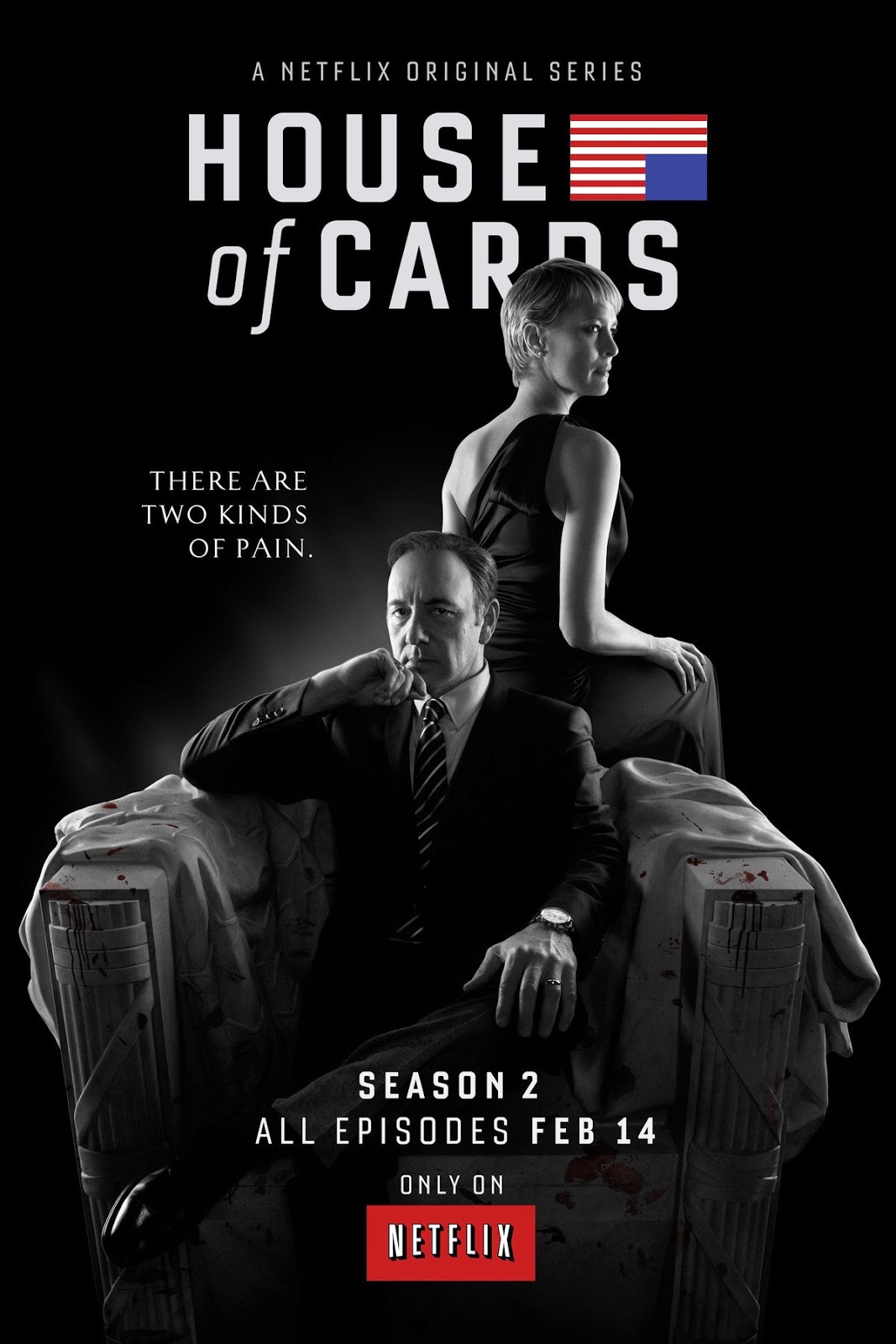 In the meantime, I’m marathoning the second season of House of Cards.
Posted by Andy Wolverton at 4:00 PM 1 comment:

(These are just a few quick ramblings on Compliance. There’s much more to think through, but for now, here are some thoughts, random and disjointed as they may be.) 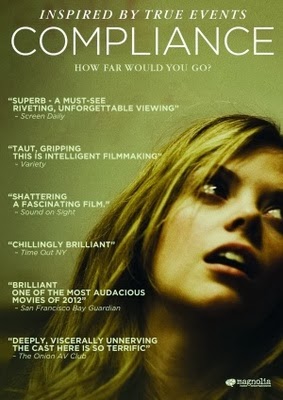 Every now and then I run across a movie that I just don’t know how to review. I was infuriated by Craig Zobel’s  Compliance (2012), yet appreciated many elements of the film. On a certain level, the film is effective, yet it’s also the most uncomfortable viewing experience I’ve had in years. 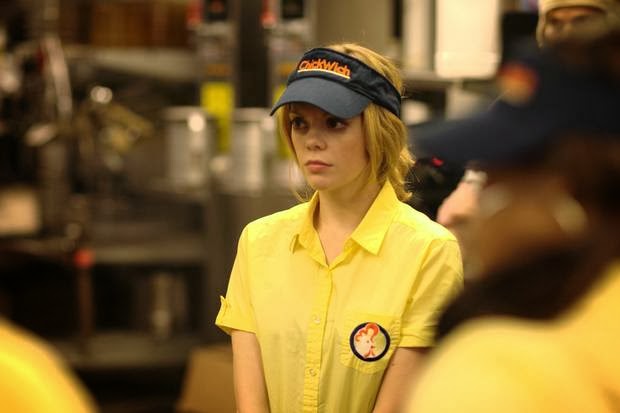 Here’s the set-up: the manager of a fast-food restaurant gets a call from a police officer stating that one of the restaurant’s employees has stolen money from a customer. It doesn’t take us, the audience, very long to realize that this is a prank and we keep thinking, “Someone’s going to realize what’s going on here and stop it.” Of course, if they did, we’d have a 15-minute movie.

What follows is a degrading, humiliating experience that’s extremely difficult - at times painful - to watch. At so many points we think, “How could these people be so stupid?” Yet, according to the film’s closing credits, these types of incidents occurred over 70 times in 30 states (over what period of time and to what degree of similarity, I’m not sure).

Zobel clearly wants to make us aware of an enormous social problem, one that’s bigger than prank phone calls. While watching the film I kept wondering, “Why didn’t Zobel just make a documentary about this?”, but then I realized such a choice would cause many of the victims and victims’ families to relive these nightmares.

Maybe Zobel wants to infuriate us not only to be aware of these scams, but also to think before we act, and maybe to do something positive, to get involved. I don’t know. Again, these are just my ramblings... If you’ve seen the movie and have had time to mull over it, please share your thoughts.
Posted by Andy Wolverton at 9:52 AM 1 comment:

Okay, so I’m very late in getting this posted, but here are the movies I saw in January: 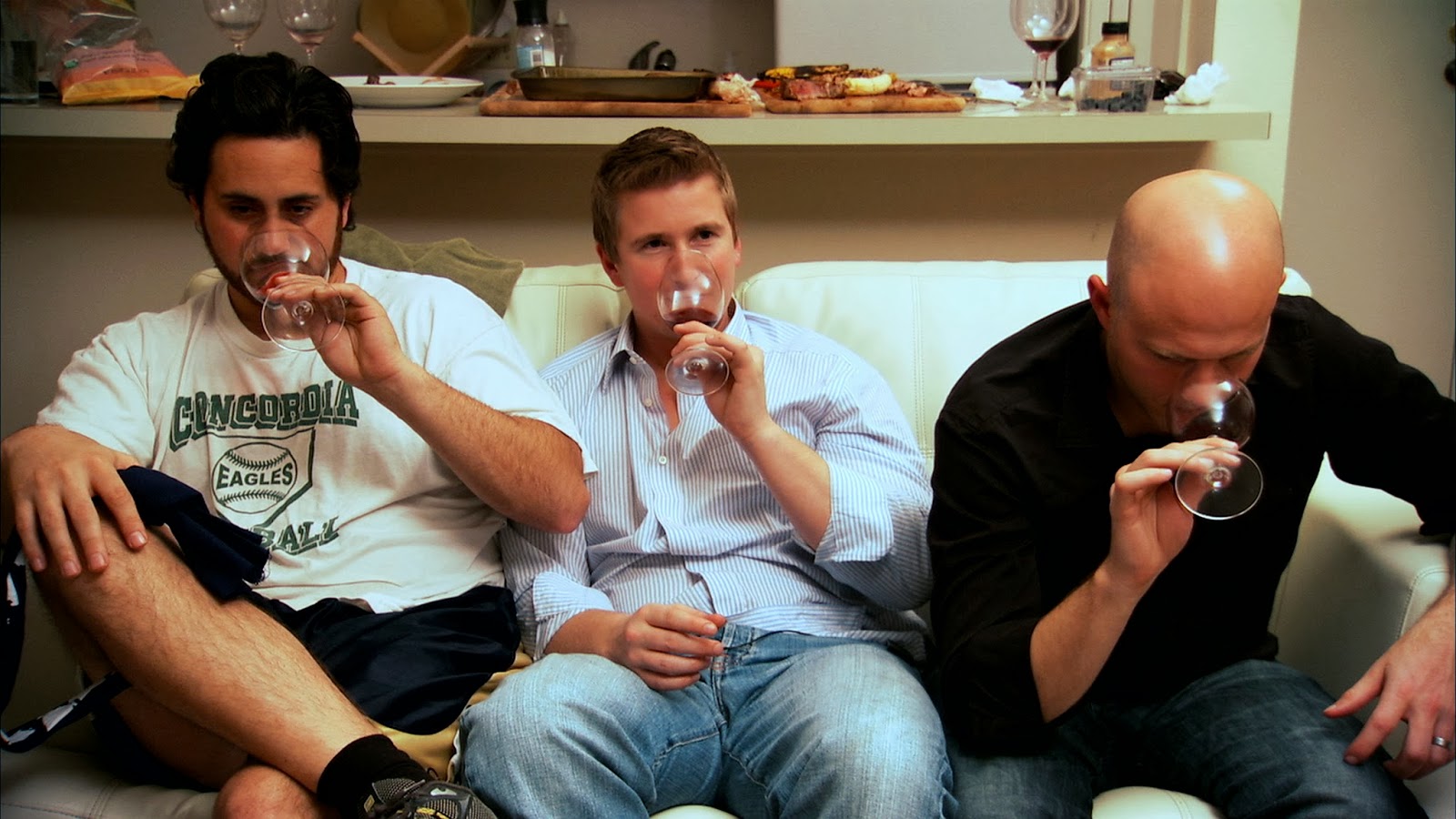 I enjoyed Somm, a documentary about four men seeking to become master sommeliers, but the story is more about the people themselves and what drives them than it is about wine (although there’s an awful lot of wine flowing here). Cindy and I were both reminded of our rigorous doctoral exams, the hours and hours of studying music history, theory and our specialty areas (clarinet as her area; conducting as mine). I found myself pulling for these guys, hoping that they would all pass and find relief from this excruciating exam preparation. I won’t tell you what happened, but at times, Somm is a nail-biter. 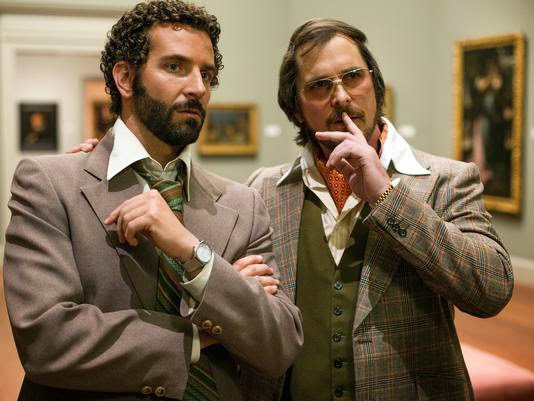 American Hustle is so good at recreating the look and feel of the 70s, you almost forget there’s a great story here. The film borrows some of the elements that made Argo so popular a year ago: the period feel, the costumes, the culture, the scams and deception. But the beauty of American Hustle is in its fragility: it feels as though it might fall apart at any moment in an attempt to balance comedy, drama, triumph and tragedy. But it doesn’t fall apart, which is almost as miraculous as the performances. Nominated for several Oscars including Best Picture. 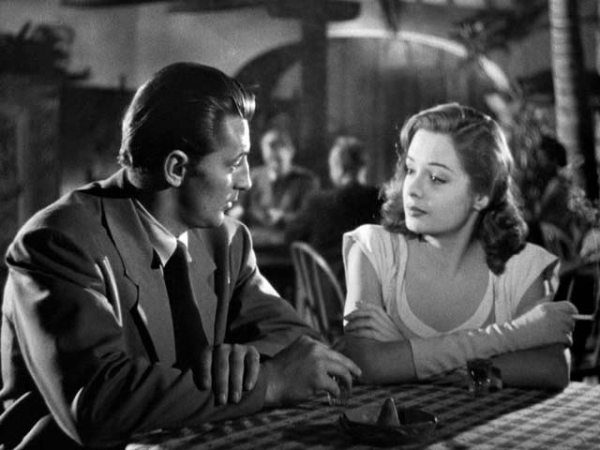 One of my favorite films noir that just goes to show you that you may be done with the past, but the past is never done with you. Robert Mitchum plays Jeff, a man trying to escape his shady past and settle down in a small rural community, but former boss Kirk Douglas has other plans for him. (Oh, and Jane Greer is absolutely stunning.) Contains one of the most gut-wrenching final scenes in film noir. (Out of the Past was the first movie in our library’s “Film Noir Theatre” series.) 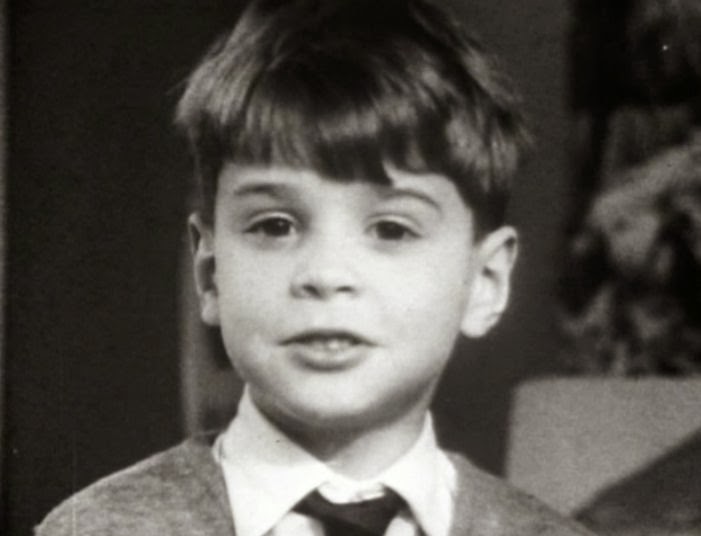 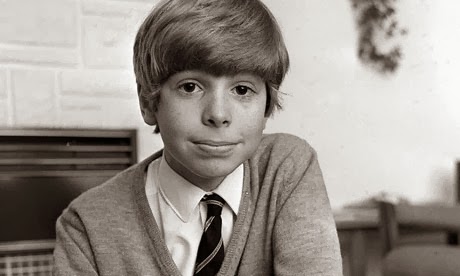 I am obsessed with the Up documentaries - a series of films that chronicles the lives of a group of British children every seven years - and plan to write a long post on the entire series soon, maybe next month. 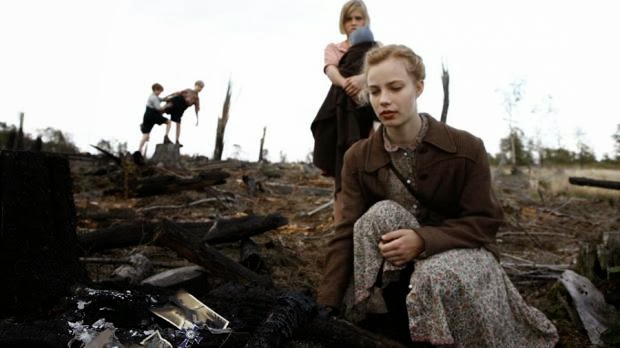 Powerful, often hard-to-watch tale of a girl watching her family and their Nazi ideology fall apart before her eyes immediately after the death of Hitler. 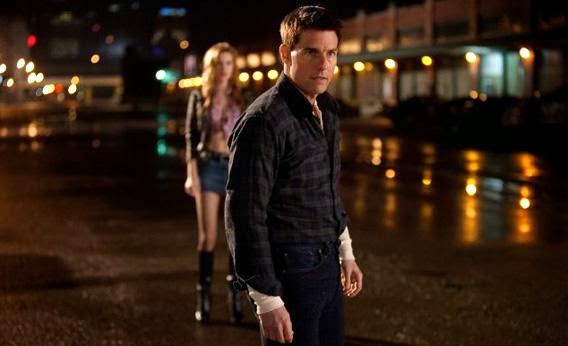 I’m honestly flabbergasted at how bad this film could’ve been yet wasn’t. It’s certainly not great, and maybe not even very good, but my low expectations were exceeded. Give it a chance. (If you’re a reader of the Lee Child novels, this one is based on the novel One Shot.)

Posted by Andy Wolverton at 7:06 AM 2 comments: 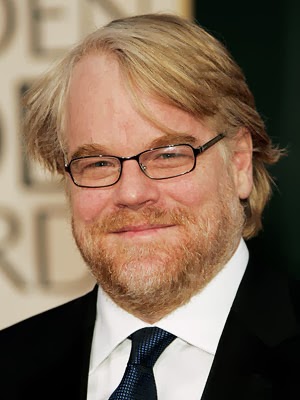 I am so, so saddened to learn of the death of Philip Seymour Hoffman, one of our finest actors and one of my personal favorites. Although it wasn't quite his debut film, I first saw him in Scent of a Woman in 1992, where he played a young prep school punk. Hoffman really resonated with me for the first time in Paul Thomas Anderson's Magnolia (1999) and was a frequent actor in many of Anderson's films, most recently in The Master (2012), in which he was absolutely brilliant.

Pick your film - Magnolia, Capote, The Master, Before the Devil Knows You're Dead, Doubt, and many, many others. I will miss him greatly. 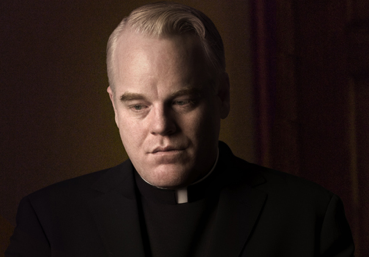 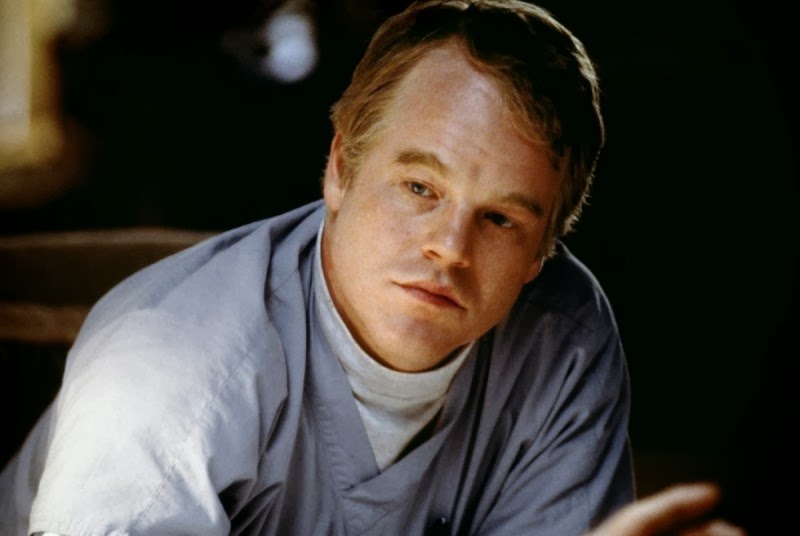 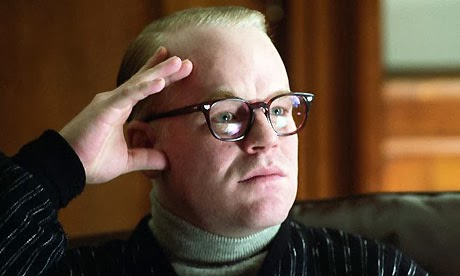 
Posted by Andy Wolverton at 4:43 PM No comments: