The problem with making and posting any "Best of the Year" lists before the true end of the year is the possibility that you'll discover more films that deserve to be on the list. While only one of these films I saw after I posted my Best Films list is really exceptional, I enjoyed all three. 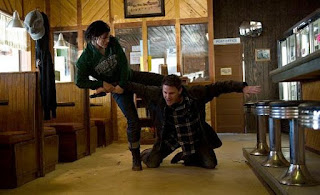 I wasn't aware of it at the time, but I watched three Steven Soderbergh films in as many weeks. (I guess that makes me a Soderboy?) While Haywire is not one of his best films, it was enjoyable on several levels. Sure, it's mainly an action flick with its share of action flick problems, but it was still fun to watch. I especially appreciate the fight scenes: there's no fancy camerawork, lightning-fast cuts or in-your-face shots. Soderbergh just sets up the camera and records the action. Gina Carano may not be the greatest actress, but her fighting and stunts are amazing. (Of course it helps when you're a mixed martial artist.) 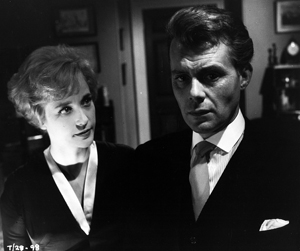 Basil Dearden's Victim from 1961 takes on homosexuality in the context of blackmail, a very taboo subject for its time and delivers a pretty good dramatic mystery with some noir elements. If you've never seen any of Dearden's work, you're missing out. Check out the Criterion Collection Eclipse Series 25: Basil Dearden's London Underground for four of his films, all of which are good. 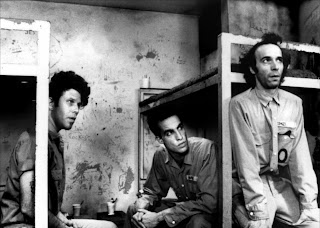 Finally, there's Jim Jarmusch's Down By Law, a film that I hope to discuss more in a few days. You'll hear some people say that Jarmusch's films are too slow, or that they don't go anywhere, but I would disagree. It's one of those films that may not seem like much while you're watching it, but as you think about it and especially its characters, it starts to open up for you. Wonderful black and white cinematography, too. Again, more on this one later. 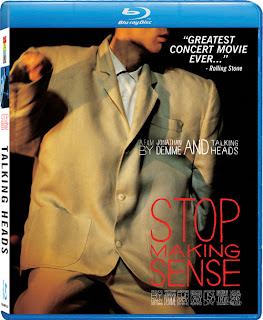 Pauline Kael, in her review, said “Stop Making Sense makes wonderful sense.” It does and it doesn’t.
Read more »
Posted by Andy Wolverton at 5:40 PM No comments: 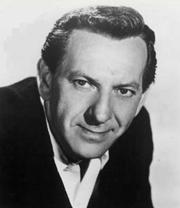 One of my favorite actors, Jack Klugman, passed away today at the age of 90. Most people remember Klugman from the television show The Odd Couple and later, Quincy, but I'll always remember him for his four appearances on The Twilight Zone. (Only Burgess Meredith appeared in as many episodes.)
Klugman appeared in these episodes, all of them good, especially the first: 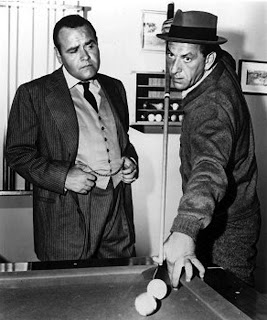 Posted by Andy Wolverton at 6:53 PM No comments: 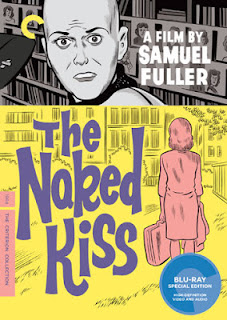 The Naked Kiss is a strange little film, made even stranger when you consider that it was released in 1964, the same year that gave us Beatlemania, My Fair Lady, and the Ford Mustang. We might consider it somewhat tame today, but for 1964, The Naked Kiss was a shocking, defiant, in-your-face film that dealt with then-taboo topics of prostitution and molestation in a bold, unflinching manner. 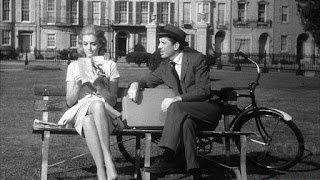 Constance Towers plays Kelly, a prostitute running away from her former pimp after a highly charged opening scene that grabs your attention. Kelly steps off a bus, landing in the small All-American town of Grantville. After spending the night with Griff, a local cop, Kelly decides to go straight, working for a local hospital for handicapped children. Eventually Kelly meets and falls in love with one of the pillars of the community, J.L. Grant, causing great disturbances among the locals. 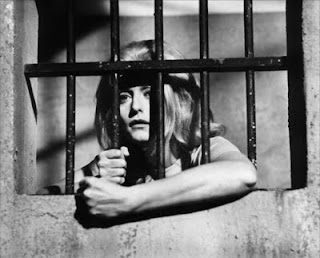 Of course the previous paragraph sounds absolutely preposterous. Yet Fuller makes it work, showing the audience the seedy underside of small-town crime and making you believe that Kelly is caught between trying to do the right thing and utter anguish. Most of the time you’re unsure whether you’re witnessing a video tabloid or trapped inside a surreal nightmare. Yet Fuller insists on keeping the viewer focused on this noir-ish low-budget melodrama. The Naked Kiss a strange, nightmarish world that often creeps you out, but it’s nearly impossible to look away. As such, I think of it as a sort of precursor to a later (and much more disturbing) film like Blue Velvet. 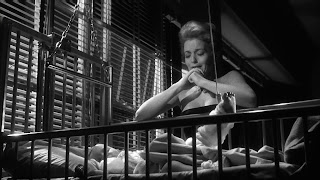 Yet The Naked Kiss is ultimately a film of hope and redemption, even if some of those aspects seem a bit forced at the film’s end. Towers does a great job of pulling off the role of Kelly, one of the strongest female characters I’ve seen from this era of film, but it’s Fuller’s unrelenting refusal to sugar-coat the story that makes The Naked Kiss potent.

I’ve only seen one other Samuel Fuller film before this, Pickup on South Street, a great noir film from 1953 starring Richard Widmark, but it’s now obvious that I clearly need to see more. Perhaps the Eclipse Series 5: The First Films of Samuel Fuller...

Posted by Andy Wolverton at 8:50 AM No comments:

Best of 2012 Lists for Your Viewing Pleasure 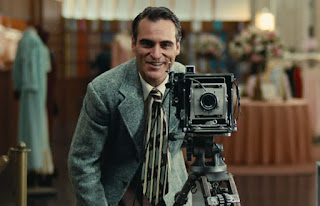 Thanks largely to my good friend Kelly, here are a few of the Best Films of 2012 lists floating around, many of which are now on DVD or streaming (or still in theaters). Enjoy!

And finally, some Great Movies You Might Have Missed from IGN.
Posted by Andy Wolverton at 7:04 AM No comments:

Soon this blog will cover only movies and television. More coming in 2013.
Posted by Andy Wolverton at 6:48 PM No comments: