Things have really gotten behind here at Arts of Darkness... It took me awhile, but here are the films I watched during December 2013: 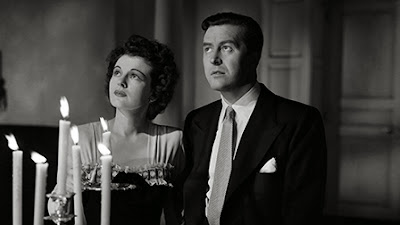 Lewis Allen’s The Uninvited is a film rich in atmosphere, yet despite its elegant gothic-horror cinematography, it works better as a mystery. You could think of it as something of a companion piece to Hitchcock’s Rebecca, but it ultimately lacks the suspense, strong writing and underlying sense of dread in that film. In many ways The Uninvited has not aged well, but for the time, it was one of the first films to take the supernatural seriously. Know also that my opinion is in the minority: Martin Scorcese (among others) considers The Uninvited one of the scariest movies of all time. 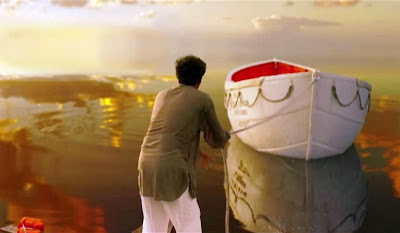 Life of Pi almost works as an exceptional film but one of its greatest strengths turns out to be its Achilles’ heel. If you’ve read the book, you’ll understand what I’m about to say next. (SPOILERS) A fantasy writer I know called Life of Pi a great example of an anti-fantasy and I think he’s onto something. The whole point of film, especially at the end, is that all the fantastic things Pi described in his narration actually happened. Lee’s vision (and especially his special effects) works against him in that the film is, in many places, so obviously fake. The effects are gorgeous, but they’re too gorgeous. We know they’re special effects (I’m not even talking about the scenes with the tiger, but the nighttime and underwater effects.), but had those scenes been more natural, we might wonder up to the very end whether Pi’s entire story were manufactured or real. A small thing? Maybe, but it kept me from liking the film as much as my heart wanted to.

Paul Thomas Anderson is one of my favorite directors and is also responsible for one of my all-time favorite films, Magnolia (1999), so the fact that it took me 17 years to watch his very first film is something of a mystery to me, but I’m glad I finally saw it. Many of the typical Anderson themes are present in his first outing: trust, betrayal, reconciliation and more. The second half of the film doesn’t hold together as well as the first (mainly due to some of the actions centered around the Samuel L. Jackson character), but it’s definitely worth your time. Anderson always is. 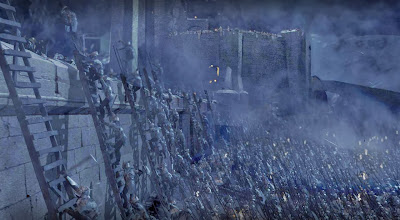 This is technically a rewatch, but it’s also the first time I’ve seen the film in blu-ray or in its extended edition, both of which are spectacular. There’s not much else to say about this one that hasn’t already been said. 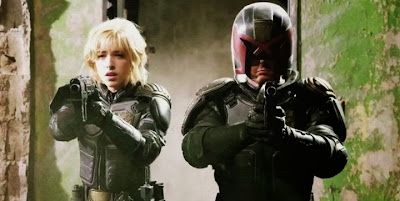 I recently heard a podcaster say that Dredd is the most faithful comic book adaptation he’s ever seen. I can’t really comment on that, since I’ve never read the Judge Dredd comics, but if the podcaster means that the film is true to the action, pacing and layout of a comic book, he may be right, but it’s really not fair to compare two different mediums. Dredd is filled with action, violence and blood, but it’s clear from the first frame that these elements are meant to be translated as comic book action, violence and blood. The story is simple and fairly effective, sometimes visually interesting, but otherwise pretty forgettable. 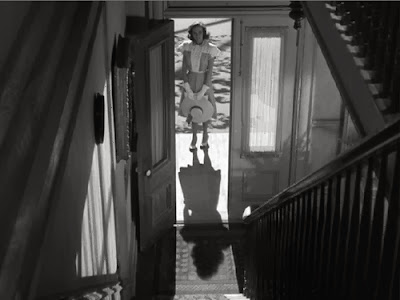 Shadow of a Doubt is often called Hitchcock’s personal favorite of all his works and it’s easy to see why. Not only does the film bring together the stark contrasts of light and dark with Teresa Wright as the wholesome small-town girl-next-door and Joseph Cotten as the uncle with a deadly secret, it’s also an astute examination on the nature of evil and the philosophy of crime. It’s also, unfortunately, a film that rarely gets talked about when discussing Hitchcock’s best. After all these years, Cotten’s matter-of-fact monologue about how middle-aged widows (“Horrible, faded, fat, greedy women”) deserve to die, Charlie (Teresa Wright) counters, “They’re alive! They’re human beings!” Cotten turns to the camera with a frigid gaze and says, “Are they? Are they, Charlie? Are they human or are they fat wheezing animals, hmm? And what happens to animals when they get too fat and too old?” Wow.

I’m still trying to wrap my head around this film by the Russian master Andrei Tarkovsky. The plot involves an unusual, closely guarded area called “the Zone,” which is almost impossible to navigate due to its unstable shifting landscape. The laws of physics don’t quite work there and one can only journey through the zone with the aid of a guide or “stalker” (which is nothing like the word “stalker” in our modern parlance). The stalker agrees to lead two men into the zone, and specifically to “the Room,” an area inside the zone containing a presence that grants entrants their greatest desire. The film examines philosophy, religion, the nature of good and evil and much more, yet without being pedantic or preachy. The level of suspense in this film is extraordinary and Tarkovsky’s visuals are simply stunning. You could talk about this one for hours. Or years.

So tell me what you enjoyed last month....
Posted by Andy Wolverton at 8:52 AM No comments: