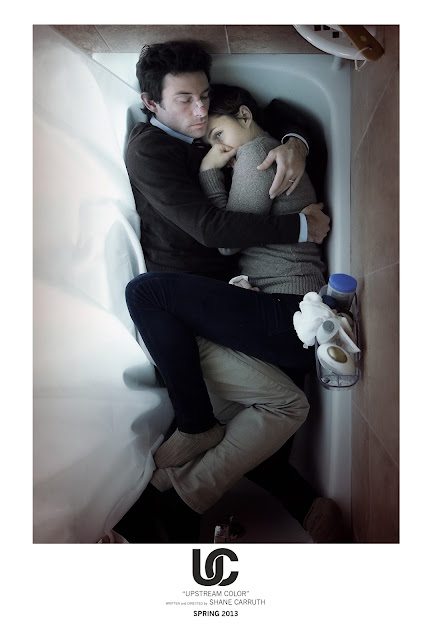 I enjoy films that make me think, but at times I run across one that straddles the fence between films that requires me to think outside my comfort zone and those that simply frustrate me to no end. I’m not sure exactly where Upstream Color falls along that graph, but I would certainly watch it again (surely a good sign).

Jeffrey Kauffman at Blu-ray.com calls Upstream Color a sort of “Tree of Life on drugs.” While I understand what he means (director Carruth does channel Terrence Malick’s visual and narrative style in many ways), Kauffman’s label doesn’t really do justice to Carruth’s film. 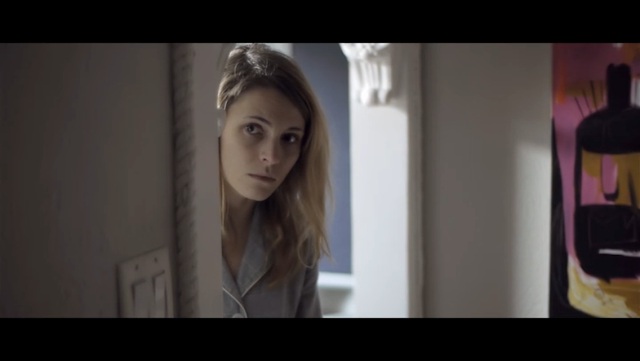 The film opens with a young woman named Kris (Amy Seimetz) who is accosted, then attacked early on. I don’t want to give too many spoilers, but Kris is being forced via a mind-controlling drug to hand over all her assets to her attacker. All of this is done in a very clever, fascinating way that’s amazingly unique and quite disturbing. (You wonder if this could happen or has, in fact, ever happened....) 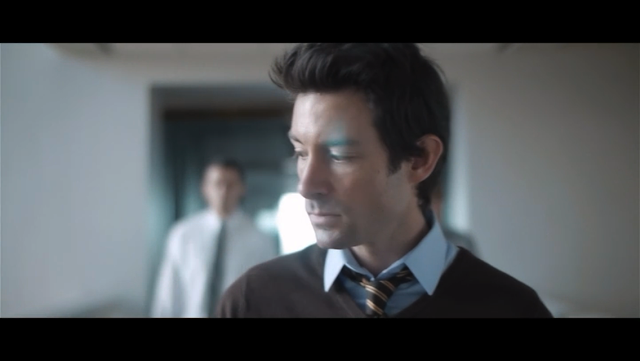 What happens next just gets more and more bizarre, but not overwhelming. Carruth keeps you asking “What just happened?” as Kris begins a slow recovery, yet adds layers of weirdness in other characters and situations as the film progresses. New characters are introduced who may or may not have had something to do with Kris’ attack. One of these people is Jeff (played by Carruth), a man Kris meets on a train. Jeff is clearly interested in Kris, but she (and we) wonder about his motives, especially when their initial conversations are sparse, filled with gaps that could mean nearly anything without proper elaboration. 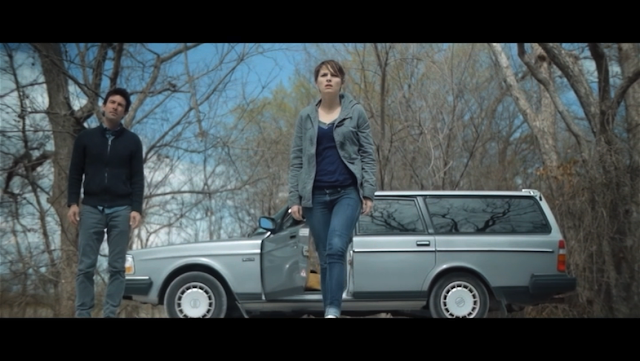 Pieces of the mystery of Kris’ attack slowly begin to take shape, but other questions arise. When Carruth (the director, not the actor) answers one question, he asks two or three more. Like the drug Kris is forced to ingest early in the film, Upstream Color carries a hallucinogenic quality that draws you in, yet makes it difficult to come away with an awful lot of clarity, at least after only one viewing. I’m not really sure why, but this aspect of Carruth’s earlier film Primer frustrated me. Here, with Upstream Color (a better film), the same aspect fascinates me. It’s too easy to say that Upstream Color is just another case of style over meaning. I think there’s more to it than that.

I just haven’t figured out what it is yet....

Posted by Andy Wolverton at 6:13 AM No comments: 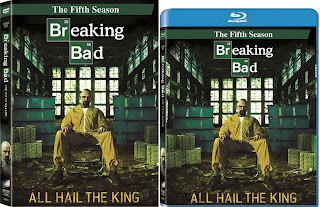 There's some disagreement whether to call the final eight upcoming episodes of Breaking Bad Season Five Part II or Season Six. The current hiatus has been long enough to go ahead and call it Season Six, but it really doesn't matter at this point. What I want to do is focus on the first eight episodes after Season Four.

The first scene from S5:E1 is something of a shock to the system. I won't tell you any more about it, but it's something you'll have to keep in your pocket for
awhile. (I actually had to watch it again after I'd watched all eight episodes.) But make sure you remember it. 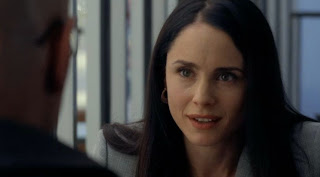 What follows has been talked about with equal parts admiration and disappointment. Season Four ended with an explosion (literally) of fireworks that had devastating effects for the entire cast. Gus is dead, but his legacy and influence remain strong in many ways, some of which are explored here for the first time with the character of Lydia, a woman who knows how to get things done, but is potentially deadly to Walt, Jesse, and possibly others. 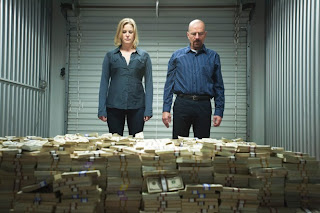 Skyler is close to a breakdown, wanting everything in her life to be normal, which is never going to happen now; she's in too deep. Yet she still wants to protect her children.

Things have also changed for Jesse. We see some enormous developments in his character that may be surprising, but then again, maybe not. If you've previously thought of Jesse mainly as a punk/thug/loser, think again. This may be Jesse's best season.

And finally we have Walter White, whose descent into darkness ranks up there with some of the greatest dark characters in all of TV, film,and yes, even literature. The writers and producers of Breaking Bad know that the descent into evil doesn't happen all at once; it creeps up incrementally. Walter's goals have gradually changed. He still wants protection for himself and his family, but he also wants more. Much more. 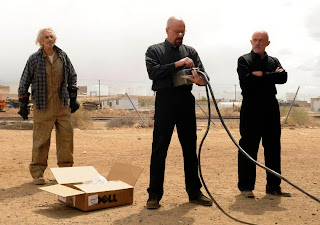 On the surface, you could say that a lot of what happens during Season Five is internal, which accounts for some fans' disappointment. But make no mistake, there's plenty of mayhem going on during these eight episodes, including some impressive showdowns and displays of power. Yet the real power of Season Five comes from the way the characters develop and how their relationships become more intertwined (if not tangled). The potential for repercussions and consequences is ramped up to an almost unbearable level and we won't begin to find out how it's all going to play out until August 11 when the show resumes on AMC.

The creative team for Breaking Bad is very smart. They knew that they couldn't top the pyrotechnics of Season Four, so they didn't even try. Instead, they allowed the inner turmoil of the characters to rise until the lid is about to blow off. That pressure's got to be released somehow, but again, we won't know how until August 11.

I've been trying to figure out what's going to happen in the next eight episodes and how it's all going to end. I'm thinking about writing my guesses down on paper and sealing it until the end of the show. Or maybe I'll just try not to think about the show until August 11.

Yeah. Wish me luck with that.

Regardless of how it plays out, Breaking Bad is outstanding television. I hope to write further in another post on why I think the show is so good and its significance, place in television history, etc. But for now, I'm simply enjoying it.


Posted by Andy Wolverton at 7:25 AM No comments:

Once again, I’m way behind on my Criterion news... Here are the titles for October 2013 release: 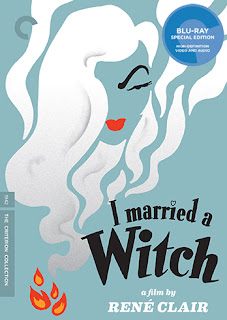 Few supplements: an uncompressed mono soundtrack (Blu-ray only), an audio interview with director René Clair, a trailer, and a booklet featuring an essay by Guy Maddin and a 1970 interview with Clair 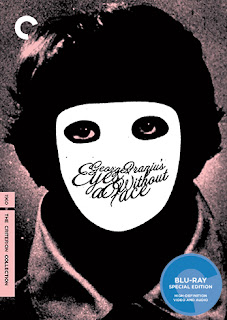 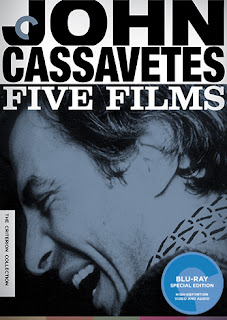 Blu-grade
Spine #250
October 22, 2013
(All films except A Constant Forge currently streaming on Hulu Plus) 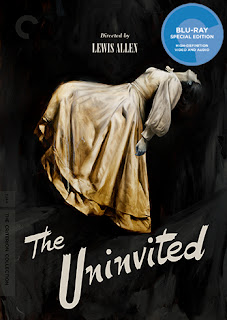 Few supplements: an uncompressed mono soundtrack (Blu-ray only), a visual essay by filmmaker Michael Almereyda, and a booklet featuring an essay by critic Farran Smith Nehme 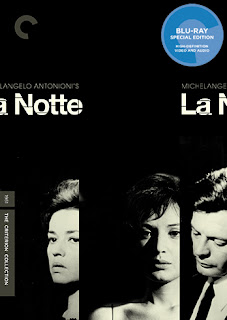 Not a great number of supplements, but the new interviews look promising.

Although I think he's brilliant, and both A Woman Under the Influence and The Killing of a Chinese Bookie are excellent, powerful films, I won't be buying the Cassavetes set. Cassavetes is a "one and done" director for me. I'd certainly like to see the other films in the set, but will probably watch them streaming. So it looks like there are no "must-buy" films for me in October, which is probably a good thing. My wallet will probably still be in recovery mode from the July Barnes & Noble sale.

Any films you plan on purchasing in October? Any surprises? Disappointments?

Posted by Andy Wolverton at 6:09 AM No comments:

Where are All the (Good) Movie Discussion Podcasts?


It's really hard to find good movie news and reviews podcasts. Most of the ones I run across usually consist of two young guys who spend the first 15 minutes (or more; sometimes much more) of each podcast discussing how drunk they got over the weekend, what party/club they went to, or some such shenanigans. 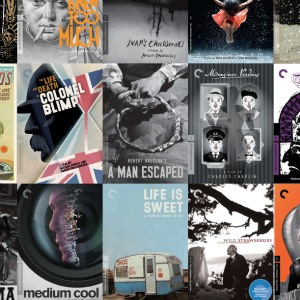 I want to hear people discussing movies thoughtfully and intelligently, preferably right from the get-go. The best and only podcast I currently listen to on a regular basis is the Criterion Cast. This group usually consists of Ryan Gallagher, James McCormick and Travis George (my favorite trifecta), although other contributors and guests are also quite enjoyable. These folks know an awful lot about films and love discussing them. And we're not talking only about Criterion films, although those are the main focus.

If there are other good movie podcasts out there that are both informative and intelligent, please let me know about them.
Posted by Andy Wolverton at 8:42 AM No comments:

Tomorrow begins one of two huge Criterion Collection DVD and Blu-ray sales held each year at Barnes & Noble stores and online. The sale starts tomorrow, July 9, but I'm not sure when it ends (probably July 30 or 31).

A few of the films I'm most eager to purchase won't be released until after the sale, but here are the main ones I'll consider for this sale: 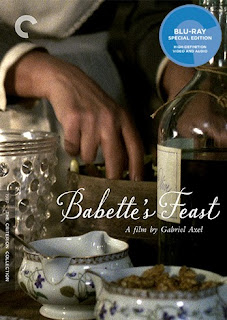 When I saw Babette's Feast last month, I knew it was a must-buy. The film will be released on July 27, just barely in time to qualify for the sale. 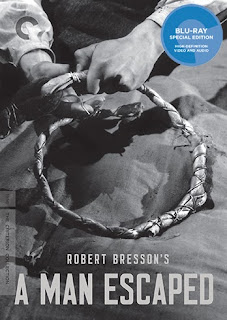 I also loved A Man Escaped, which I have heard has a wealth of supplements, almost an entire "film school in a box" treatment of director Robert Bresson. 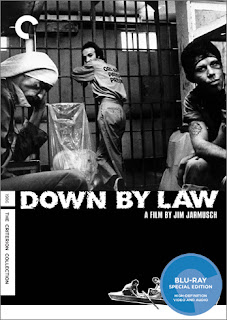 I also found myself captivated by Jim Jarmusch's odd, quirky Down By Law. I rented this from Netflix and had time to watch only a few of the supplements, which were outstanding. 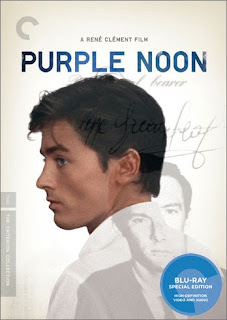 Purple Noon is a wonderful film, one I can't wait to see on Blu-ray. 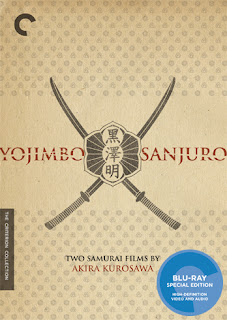 Although the supplements on Yojimbo and Sanjuro aren't exactly packed, these classic Kurosawa films come out to about $17.50 each, which is a bit better than buying them individually.

Posted by Andy Wolverton at 8:42 AM No comments:

The films I saw in June:
Read more »
Posted by Andy Wolverton at 6:01 AM No comments:

During the next few days, I hope to post my thoughts on the 11 films I saw in June, which includes two French films and (count 'em) three Superman movies! 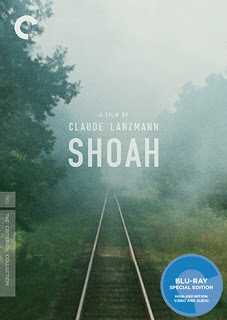 In the meantime, here's the newest Criterion Collection release, the 9+ hour documentary Shoah (1985), which went on sale June 25. As of this writing, the blu-ray review has not appeared at Blu-ray.com, but I feel sure this monumental film will stand as one of Criterion's crowning achievements of 2013. I haven't seen it, so I hope our library purchases at least one copy. 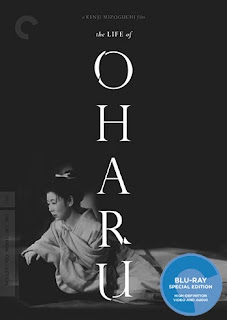 Criterion's next release will be Kenji Mizoguchi's The Life of Oharu (1952), available July 9. The film is currently streaming on Hulu Plus. It also received a "highly recommended" review on Blu-ray.com.
Posted by Andy Wolverton at 7:39 AM No comments: