I had originally wanted to write in detail about each of the films I saw at the Annapolis Film Festival, but I have so many other movies lined up, I’m going to condense the remaining festival films here. 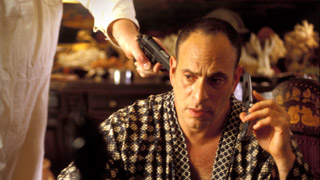 Do You See What I See? is the only film I saw by a local filmmaker, Maryland’s own Lee Bonner. The set-up is clever: we see multiple video feeds of an armed robbery taking place at the home of a wealthy but shady businessman. Two police detectives whom we hear, but never see, view the crime from multiple angles, trying to sort out the break-in, a theft, and a murder.

Because the detective narrators are so irreverent and wise-cracking, their narration feels more like an episode of Mystery Science Theater 3000 than a serious police procedural. Maybe Bonner wants this to be equal parts comedy and whodunnit. If so, it’s a fairly enjoyable experience, but I thought the narration too light and frivolous. Also the culprit is fairly obvious, as is the path of deception. Even though the film is only 80 minutes long, the wrap-up seems to take an awfully long time. The film consists almost entirely of closed-circuit video, which I found somewhat tedious, but the technical aspects of the film are handled well. 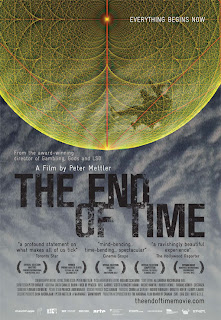 The film opens with images of Joe Kittinger falling 120,000 feet from a hot air balloon in a Project Excelsior aerospace experiment in 1960. Kittinger literally thought that time had stopped, having no perspective as he fell through a cloud-filled sky. Like all the examples in the film, Kittinger’s journey is an exploration for the sake of knowing. The End of Time is filled with such explorations.

Next, we visit CERN, the world’s largest particle physics laboratory in Geneva, where we see a gigantic particle accelerator that looks like something Jack Kirby would’ve drawn in the Fantastic Four comics. And there’s more: volcanic activity in Hawaii, ruin and decay in Detroit, a grasshopper devoured by ants. All of these scenes seem to provide layers and layers of questions with no answers. Several people (some scientists, some just regular folks) are quoted, saying things like,

“We’re never sure if nature is a conscious thing or a set of circumstances.”

“Things that have evolved over long periods of time tend to be more stable in nature.” 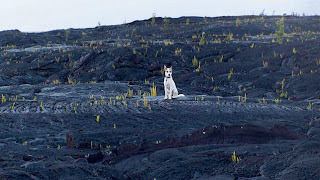 The End of Time is a frustrating experience. With each change of location, Mettler gives the audience no sense of where we are geographically. Maybe that’s his point, that where we are doesn’t matter with respect to time. Yet the film seems more focused on death and decay rather than time (which are certainly aspects of time), but seems to have no answers in those areas, either. The screen is filled with interesting, often stunning visuals (including a trippy finale that brings to mind the wild journey near the end of 2001: A Space Odyssey), but offers no real conclusions. Instead, we get a largely pessimistic, postmodern worldview that’s visually interesting, but ultimately empty. 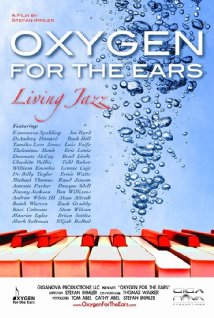 Director Stefan Immler commented after the screening that his film has offended many jazz fans in New York and New Orleans, indignant that anyone would claim that Washington D.C. should join those two cities an important historical center of jazz. Yet Immler makes a pretty strong case with Oxygen for the Ears: Living Jazz, a film that examines what makes jazz jazz and why the D.C. area was such an pivotal place for it. The film focuses on two obvious elements, the Howard Theatre and the great Duke Ellington. 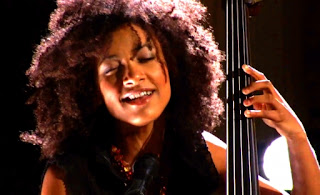 Yet that’s not all. Immler gives the audience many more D.C. connections as well as interviews with several musicians and includes some outstanding jazz performances. Oxygen for the Ears is, in my opinion, more of a celebration of jazz as a whole than evidence for recognizing D.C. as a major jazz city. The strength of the film is in taking a subject that many people don’t understand, giving them just enough information to enjoy it, and then showing them what a treasure jazz was and still is.