The Best Performance in a Bad Film? 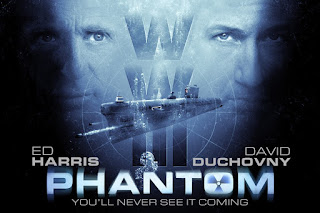 Critic Richard Roeper compares the acting of Ed Harris in the new film Phantom to the pitching of Steve Carlton with the 1972 Philadelphia Phillies. That team went 59-97, but Carlton won 27 of those games. Like Carlton on a losing team, Harris (according to Roeper) delivers a top-notch performance in a bad film.

I'll probably see Phantom when it comes out on DVD or arrives streaming through my Roku. I'm a sucker for submarine movies and honestly don't see how I can turn this one down.

But more importantly, Roeper's got me thinking.... What's the best performance I've ever seen in a bad film? I'm going to mull this one over for awhile.... Let me know what you come up with.
Posted by Andy Wolverton at 7:03 AM